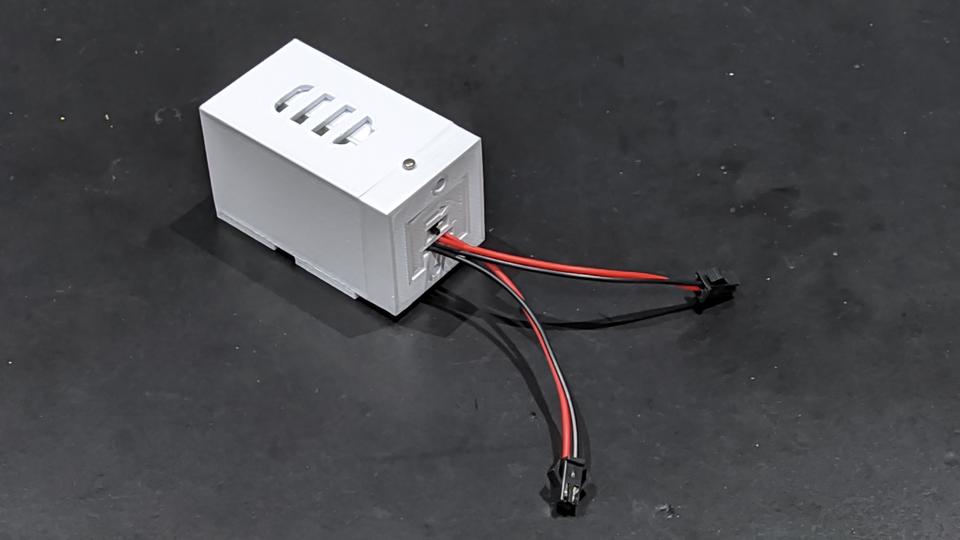 There are 2 versions of the Battery Brick, This version is powered by 4 x AA batteries (alkaline or rechargeable), which are more commonly available. The other version uses 1 x 18650 Li-on battery, which makes it much lighter but less commonly found in most households.

Both versions make use of 11mm conical springs (0.5x8-11x14x7mm) as the negative terminal contact: 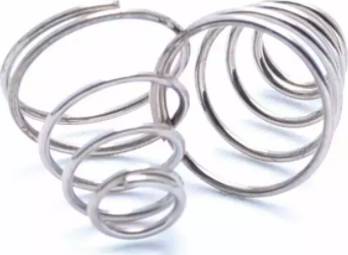 These can be quite easily harvested from old toys and remote controls if you are always on the look out for these things. 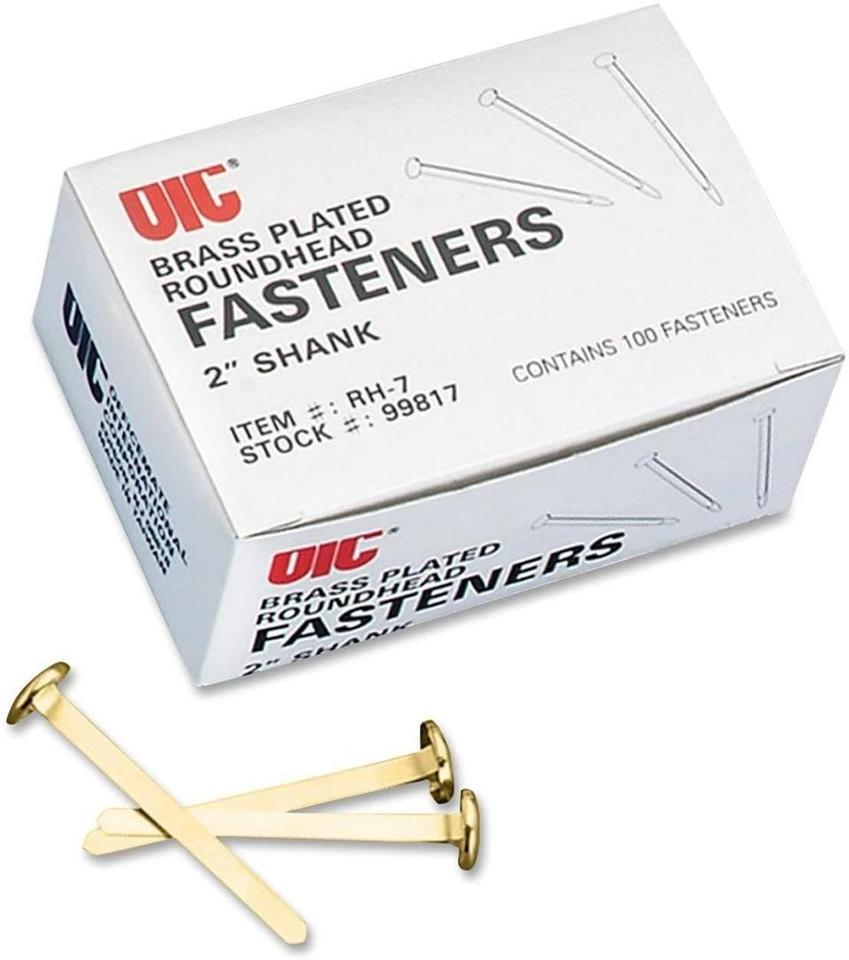 A small 3-pin toggle switch functions as a central on/off switch to the power supply:

Prepare a piece of prototype board that has 7 holes across and 5 holes down. Its dimension should be approximately 20mm across and 15mm down. 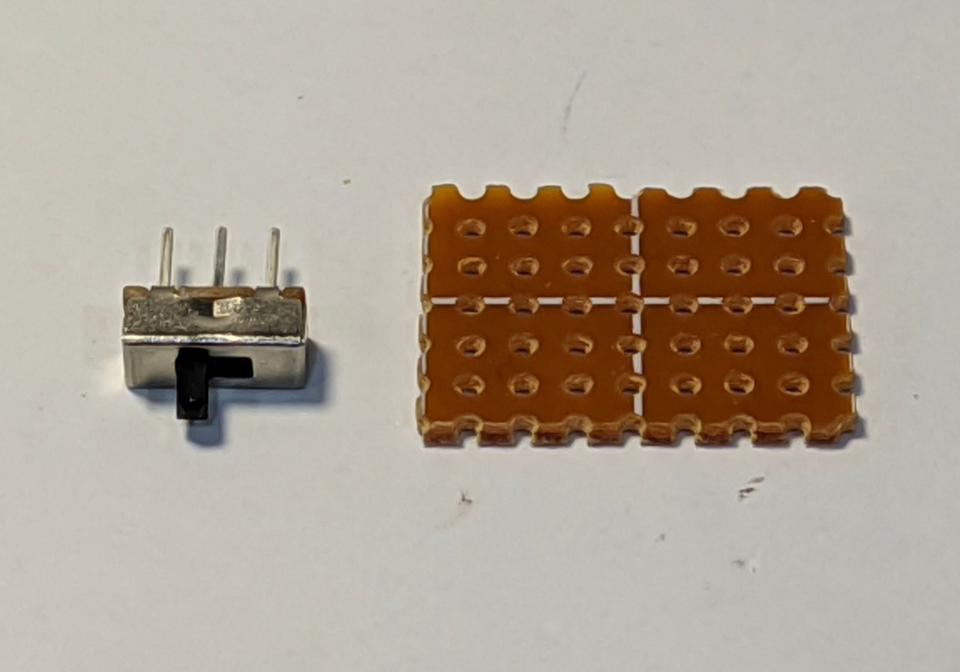 Insert the 3-pin toggle switch in the middle of the prototype board. 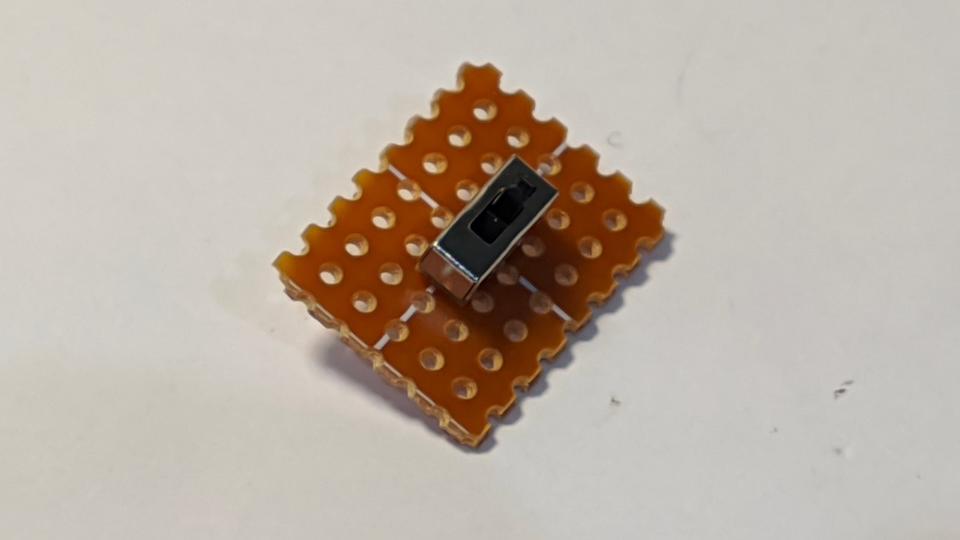 Cut off the legs from a brass plated round head fastener. Solder the brass legs and the 2-pin JST RCY connectors to the toggle switch as follows: 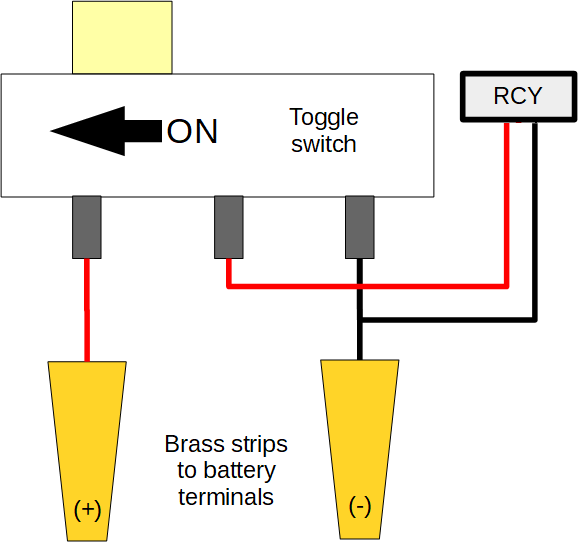 This is how it looks when done: 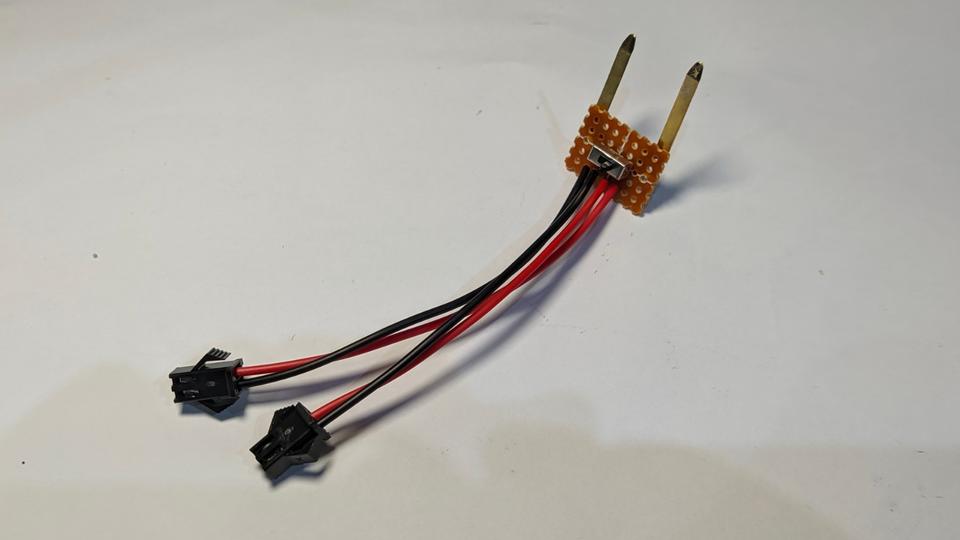 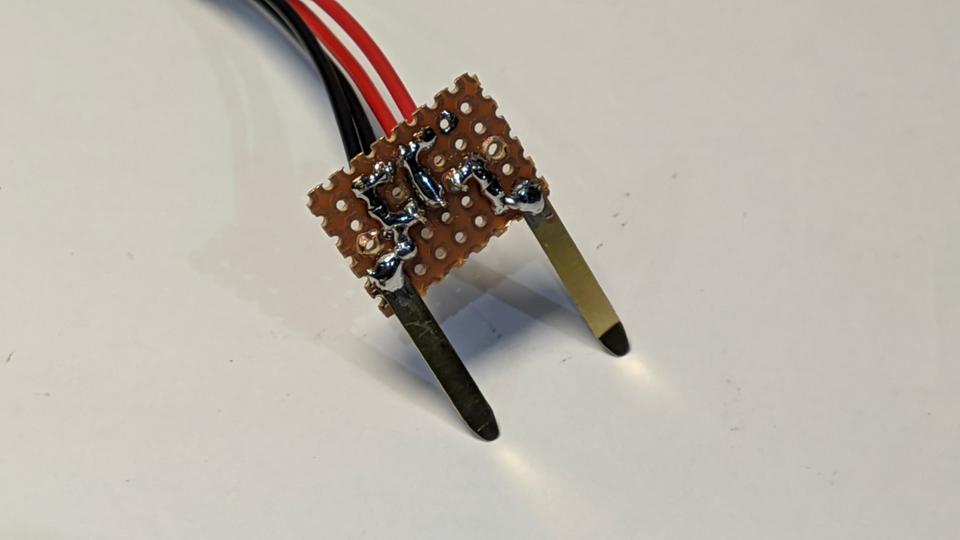 From the top down, pay attention to how the positive (right) and negative (left) sides are oriented. This is important because of how the strips will make contact with the battery terminals later.

Print out the enclosure parts on a 3D printer. 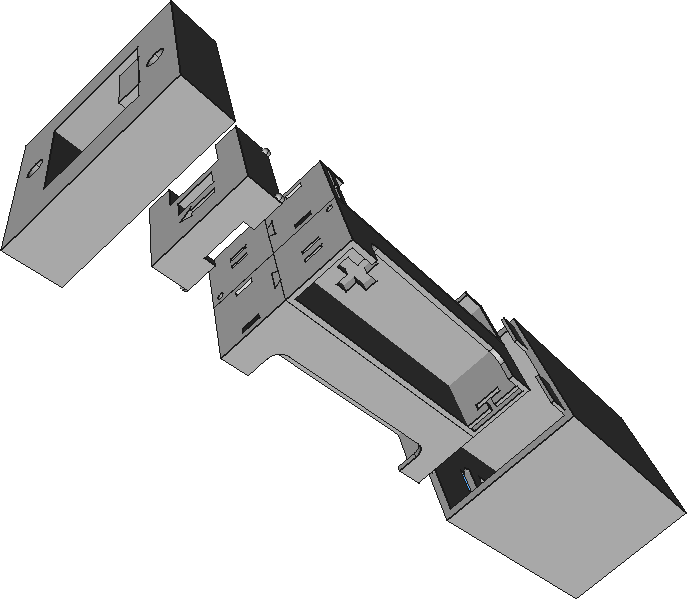 Secure the prototype board to the switch holder using 2 x M2 screws. 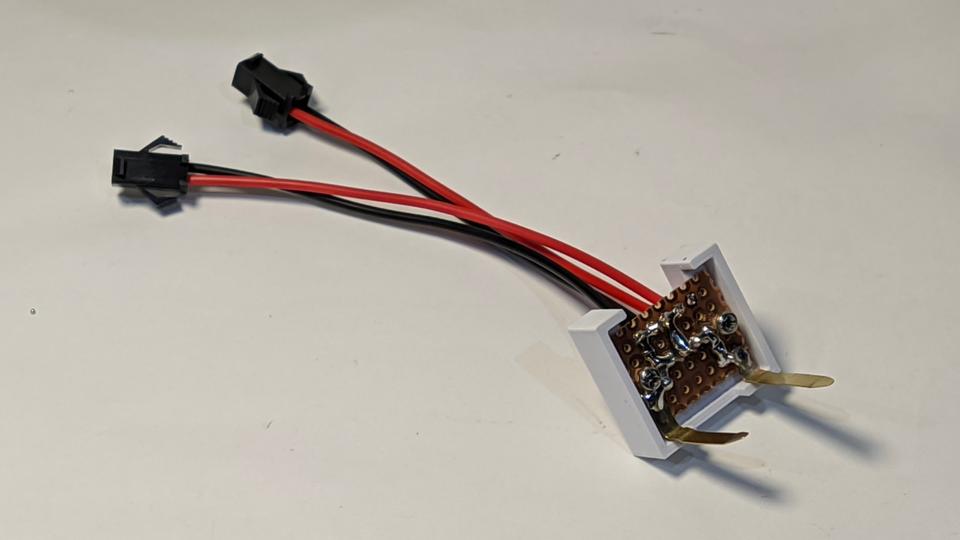 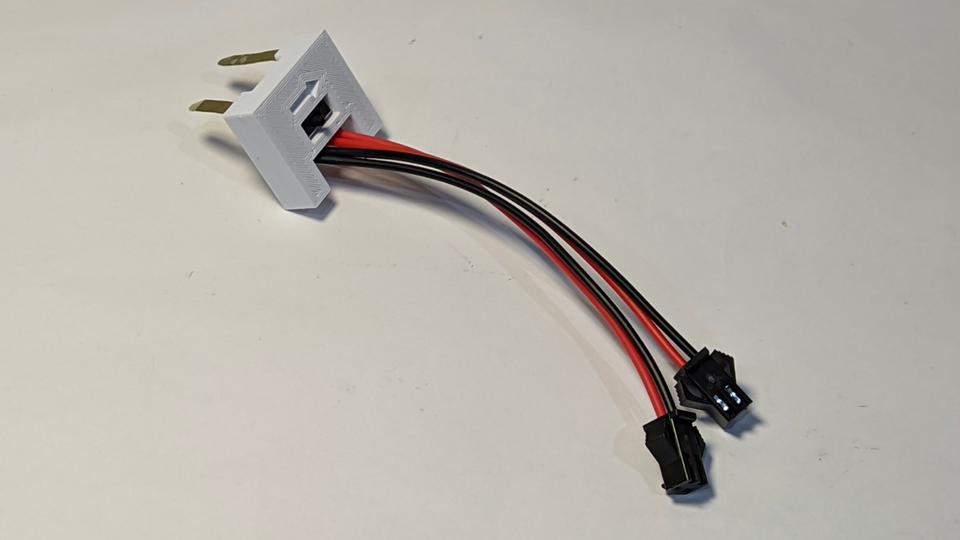 Push the switch holder into the top cover from below. 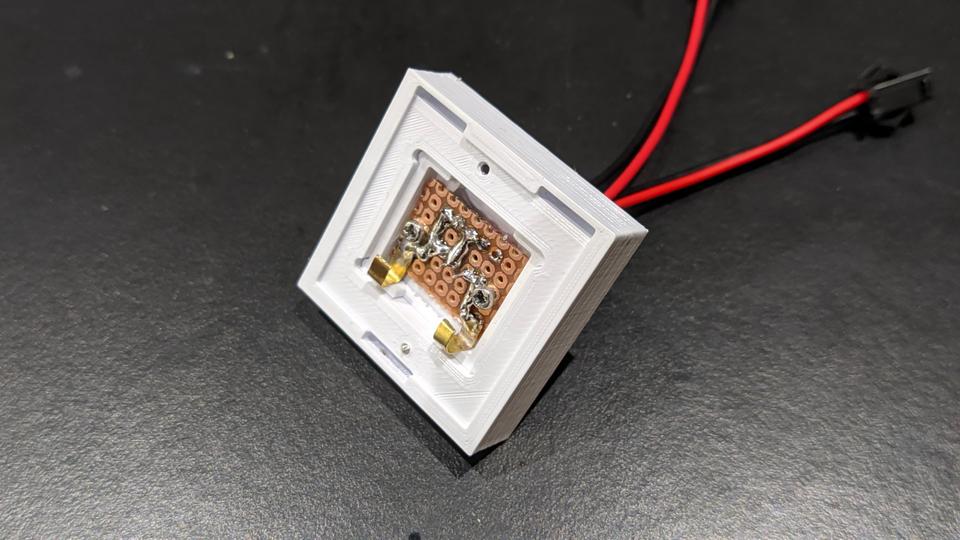 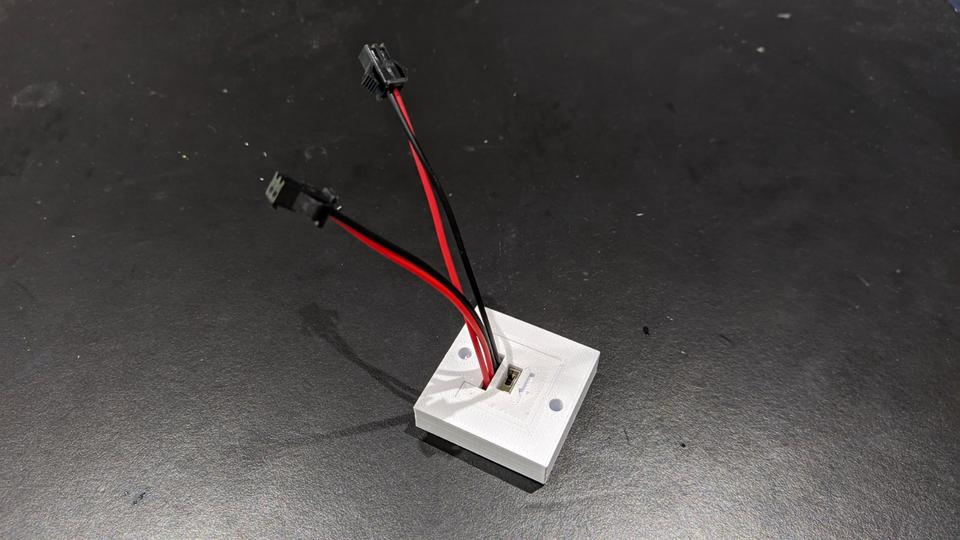 Now assembly the 4 battery compartments. They are built to interlock with each other. The right way to assemble them is to first interlock the first 3 in opposing directions (positive over negative) using the juts and grooves. Then the last one should slip in nicely to gridlock all 4 compartments together. 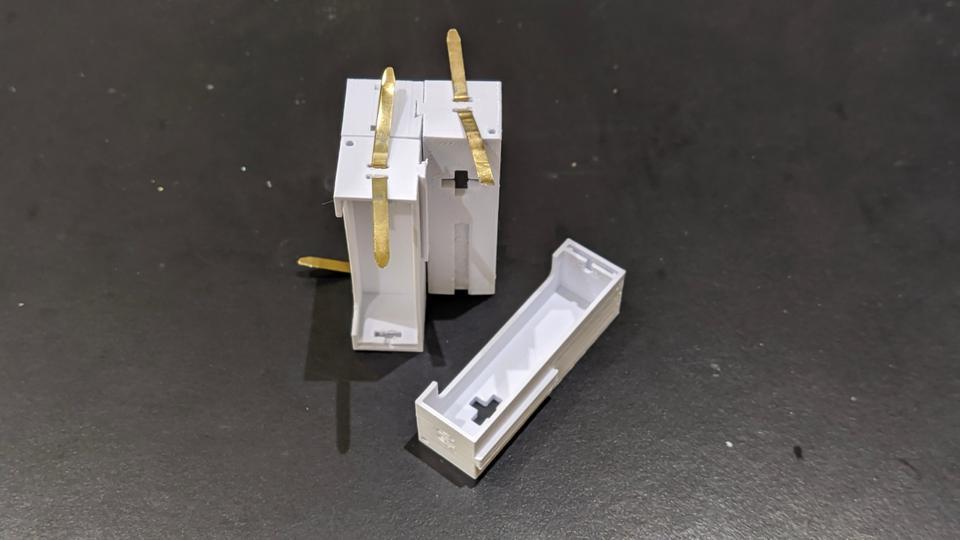 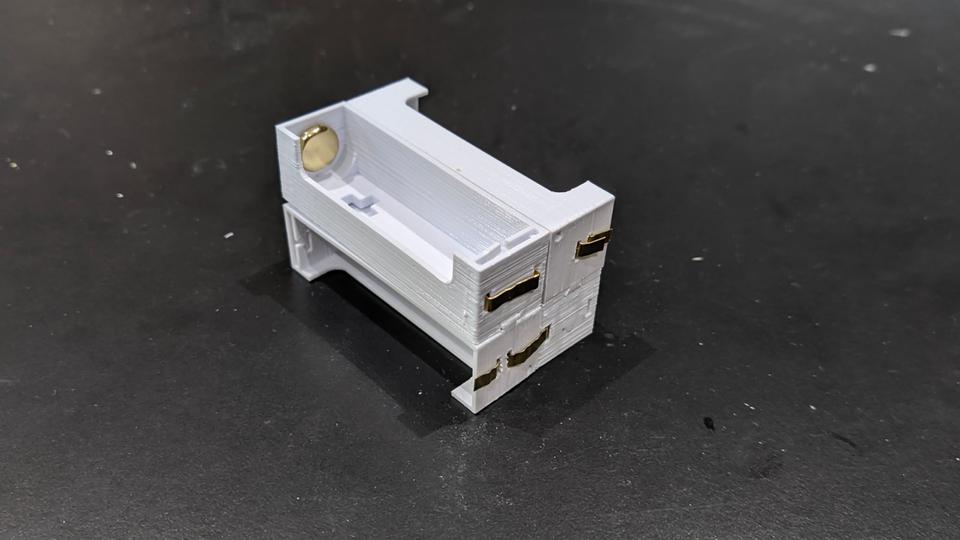 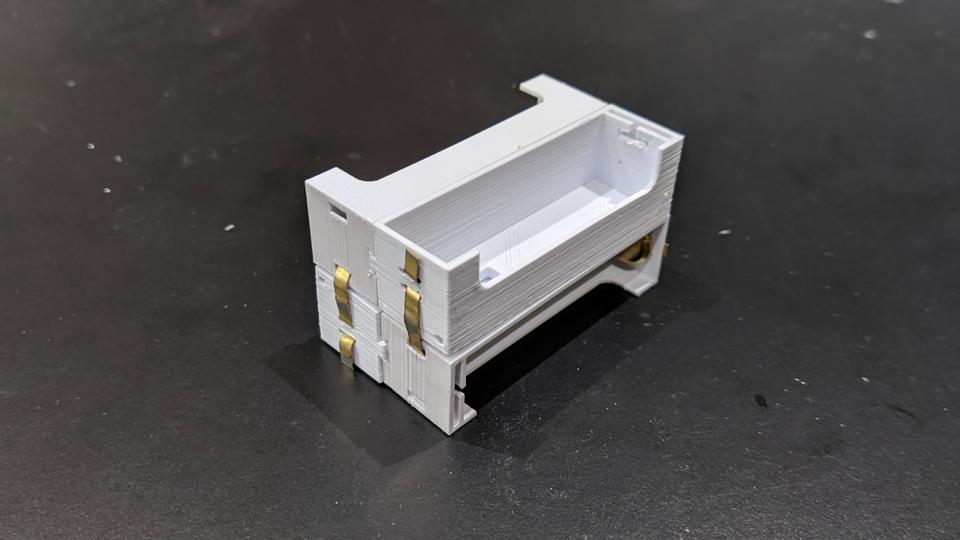 Now idenitfy the 2 end terminals for the series chain of batteries using the orientation of the mounting holes a a guide. 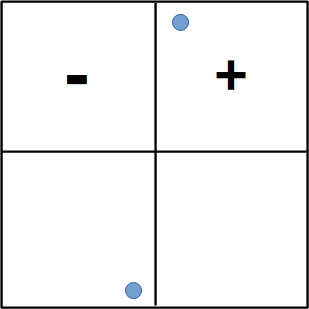 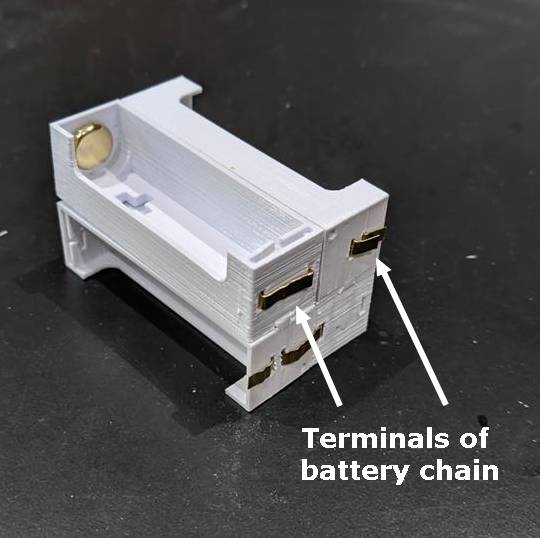 The "-" and "+" terminals as indicated in the diagram above are the start and end poiints respectively of the battery chain. These will later make contact with the brass legs on the switch holder that was prepared earlier.

Starting from the "-" terminal, follow through to the other end and insert a brass fastener into the slots. Bend the legs to secure. Insert one leg into the slot of the negative terminal in the adjacent battery compartment, and trim off the other leg. 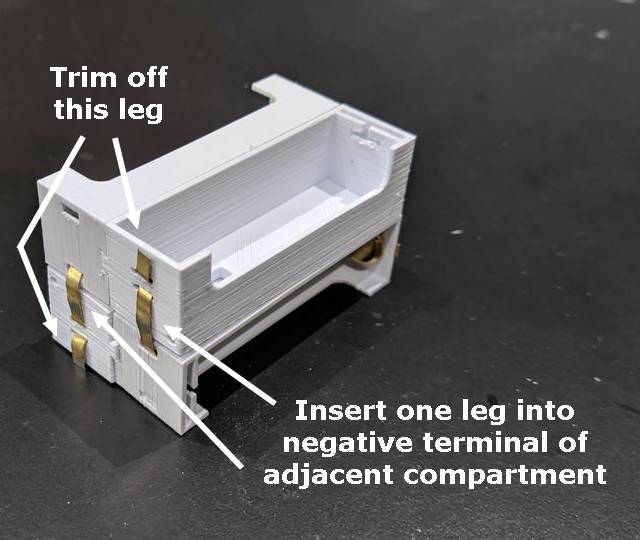 Next, we will insert the conical springs into the 4 negative terminals. But before we do this, use a thin flat blade to push the brass legs in the negative terminal against the wall as shown below: 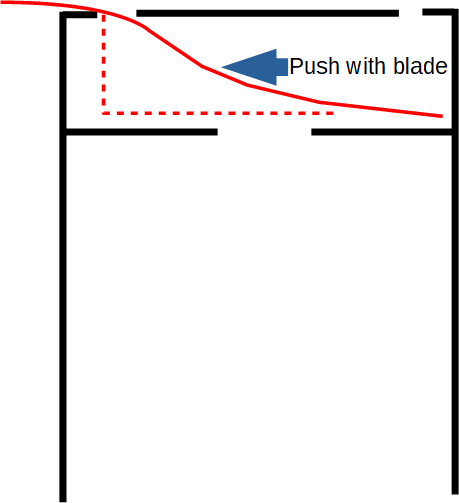 This ensures that when the spring is inserted, one side of the spring will be pushing against the brass leg and making good contact.

Now insert the 4 x conical springs. The end loop of the spring goes into the slot and touches the brass leg inserted previously from the adjacent battery compartment. Then the spring is pushed down with a flat blade screwdriver so that it catches in the horizontal retainer slot and stays in place. 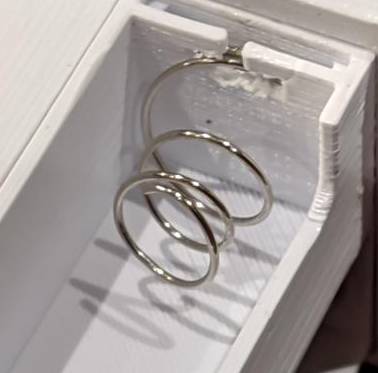 Ensure that the end terminals are separate and not making contact with any adjacent battery compartments. If everything is done correct, you should be able to trace a chain of batteries connected in series from the end negative terminal all the way to the end positive terminal. 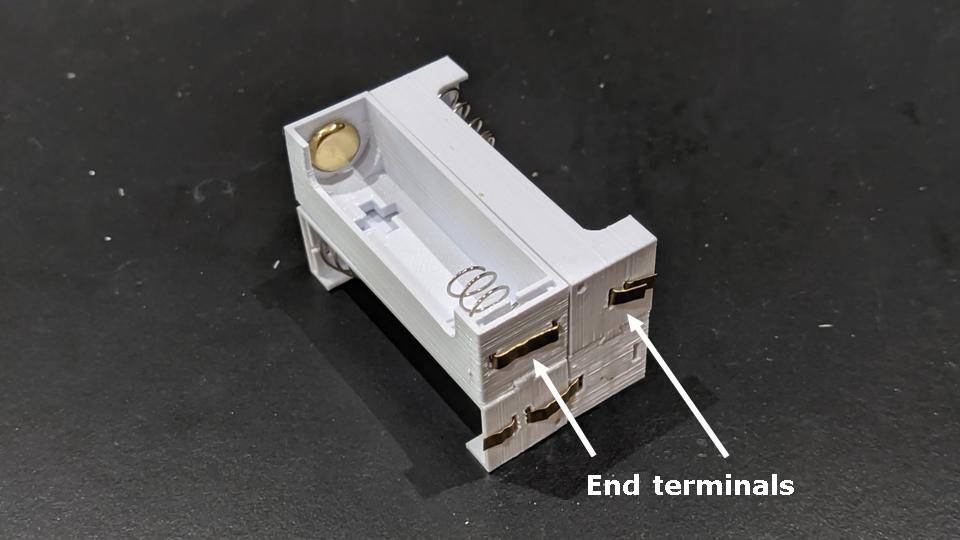 Now screw the top cover with switch holder onto the assembled battery compartments. Verify that the positive brass leg on the switch holder makes contact with the positive end terminal on the battery compartment assembly, and similarly for the negative brass leg. Secure with 2 x M2 screws. Insert 4 x AA batteries and turn on the toggle switch. Verify that the right voltage (~5V for NiMH rechargables) is being emitted at the JST connectors. 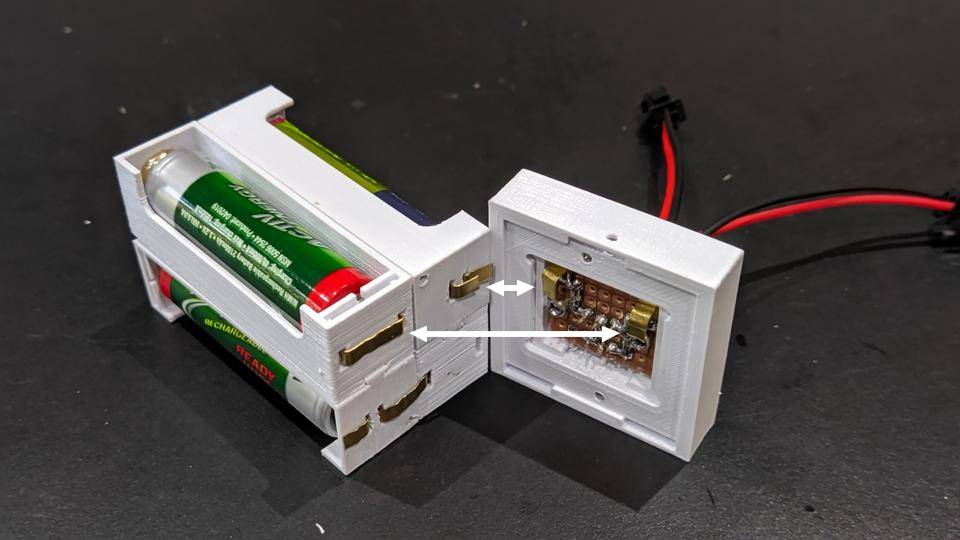 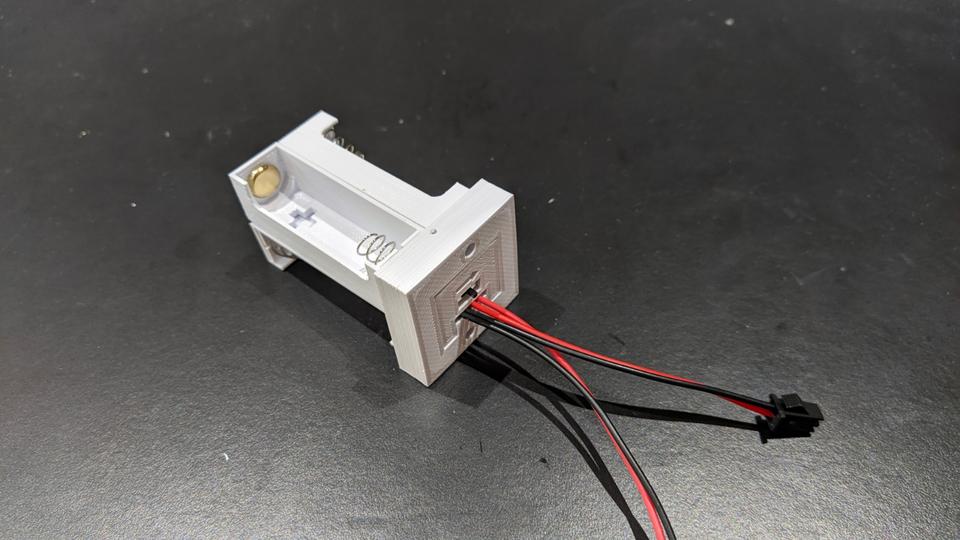 If the JST connector is not emitting voltage, unscrew the top cover and verify all the connections using the "continuity" function on  a standard multimeter. Make sure all the springs have continuity to the brass legs, and make sure the brass legs on the top cover are touching the end terminals properly.

Finally, insert the top assembly into the bottom enclosure, and secure with a single M2 screw at the top. 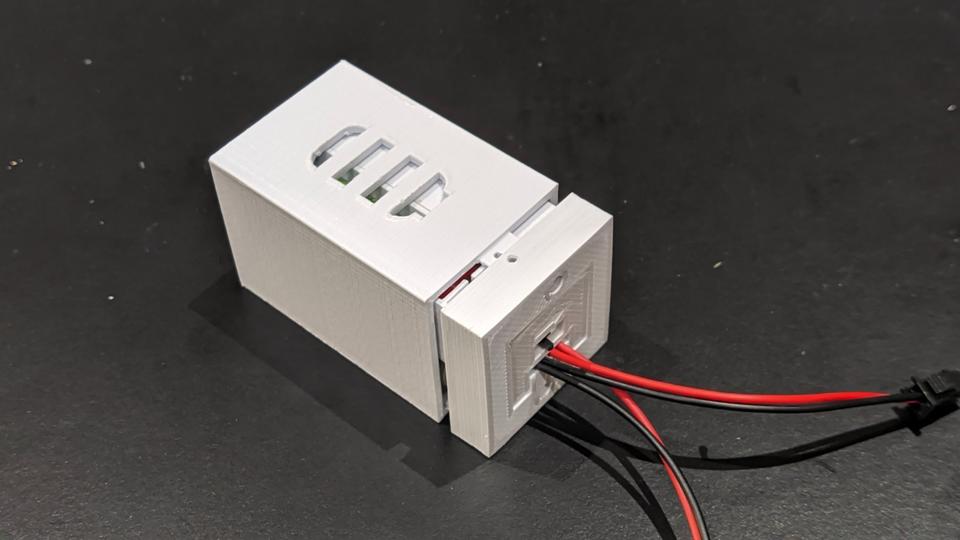 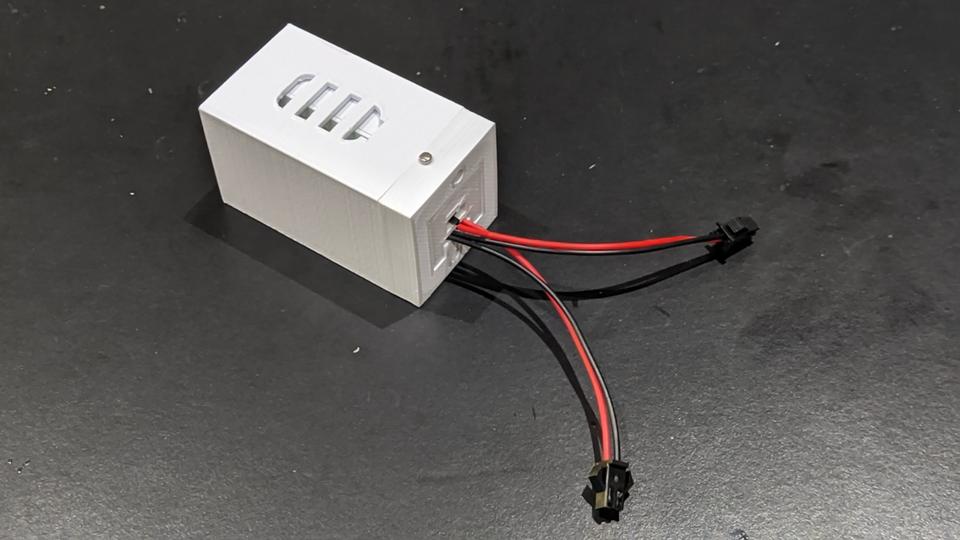 Line up four 3x1 brickbases on a faceplate, one row apart. Surround the brickbases with a few other bricks to assist in alignment. 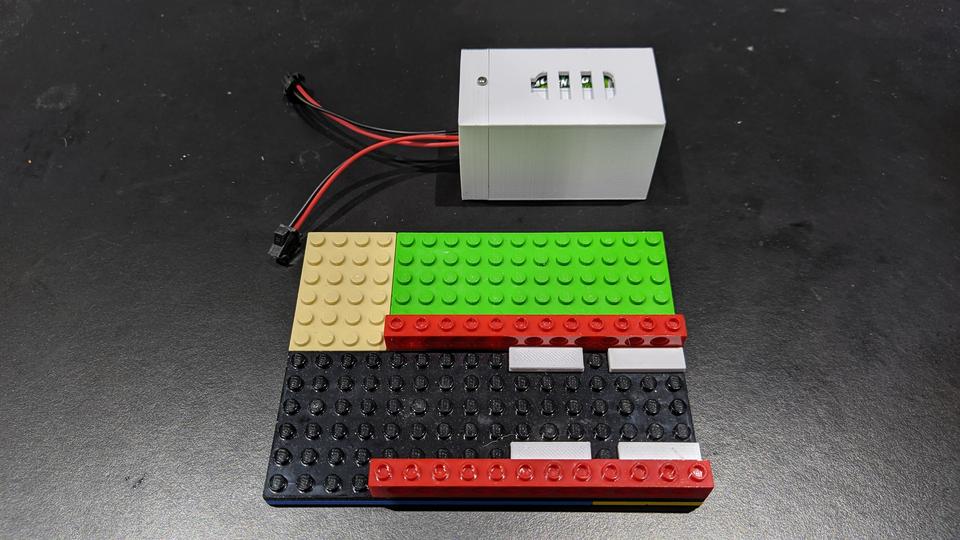 Add two drops of superglue on each brickbase and mount the module. Press and hold for 60s. 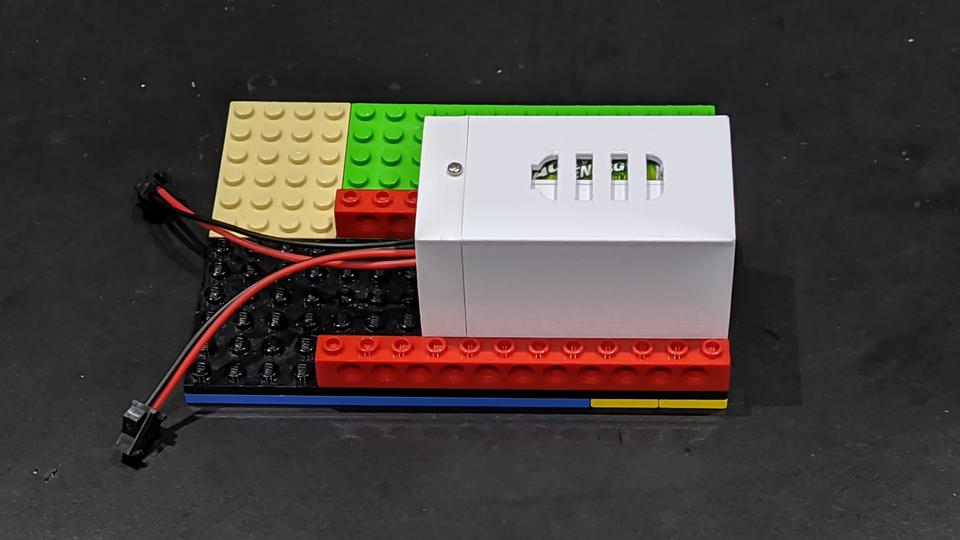 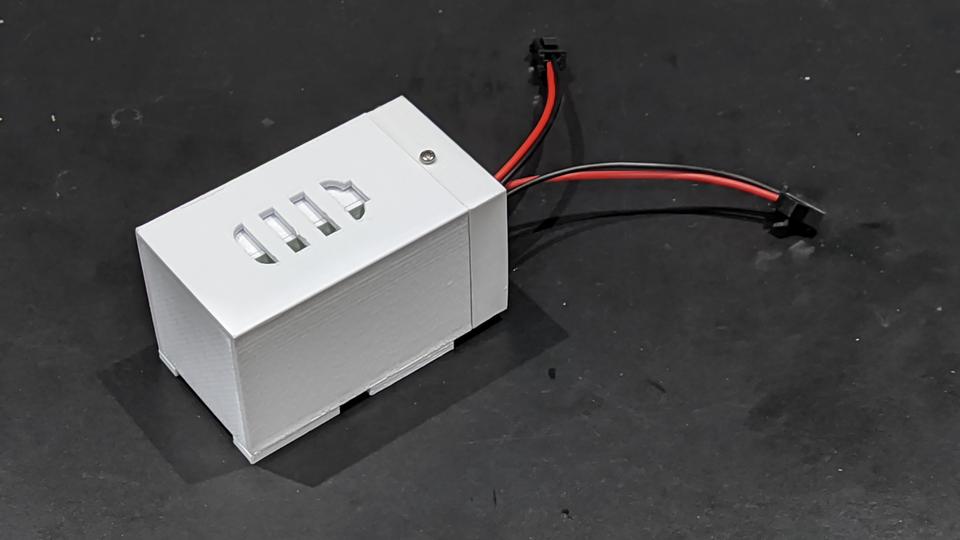